‘Yellow glacier lily, Erythronium grandiflorum’ is a poem from a long sequence called ‘Seeds’ that thinks about forms of resistance, survival, and emergence in the context of climate change and the sixth mass extinction. Each numbered section or ‘seed’ centres on a different organism or human-made object: lentil, snowdrop, chinook salmon, ‘the beautiful cell,’ codex, lenticel, wasp, honey bee, tiny house, among others. Each ‘seed’ in this long poem might be thought of as a blueprint, whether simple human-made tool/concept or complex organism driven by its DNA to adapt to and respond to the current existential threat. The poem also considers the idea of attention as a moral act, as observed by the neuroscientist Iain McGilchrist: ‘without alertness, we are as if asleep, unresponsive to the world around us; without vigilance, we cannot become aware of anything we do not already know.’ It attempts to focus attention as a form of respect for the yellow glacier lily, the human, the grizzly bear, as interacting agents in the subalpine region of Cascadia, all as beings in their own right, withdrawn, dark noumena.

Poet’s Statement: ‘Seeds’ is a sequence from a poetry manuscript in progress called Tell me, where do we go from here? that thinks about forms of resistance, survival, and emergence in the context of climate change and the sixth mass extinction. Each numbered section or ‘seed’ centres on a different organism or human-made object: lentil, snowdrop, chinook salmon, codex, tardigrade, the order Hymenoptera, tiny house, among others. The vespa orientalis, for example, as noted by Robert Bringhurst in Learning to Die, has evolved a band of the obscure pigment Xanthopterin to draw sunlight out of air and generate a small voltage. The endangered chinook salmon travel thousands of miles to their spawning grounds in the Fraser river and feed the rich coastal ecosystem. Tiny houses, mobile wood frame cabins outfitted with solar panels, are being built by the Tiny House Warriors in unceded Secwepemc Territory in the interior of BC to challenge the construction of the Trans Mountain pipeline. In the following excerpt I have included seeds 6, 10, and 15—’Yellow glacier lily (Erythronium grandiflorum),’ ‘Siit, tuuxupt, Sitka spruce (Picea sitchensis),’ and ‘Hymenoptera (honeybee, bumble bee, Vespa orientalis).’ ‘Seeds’ is inspired in part by The Ecologist’s 1972 report, A Blueprint for Survival, which was warning almost half a century ago of species loss, pollutants, population demands on food and water, the harmful effects of industrial-scale agriculture, and the global economy’s dangerous reliance on fossil fuels. I think of each ‘seed’ in this long poem as a blueprint, whether simple human-made tool or complex organism driven by its DNA to adapt to and respond to the current existential threat, each showing a different way of being in the world. I’m also interested in the idea of attention as a moral act, as observed by the neuroscientist Iain McGilchrist: ‘without alertness, we are as if asleep, unresponsive to the world around us; without vigilance, we cannot become aware of anything we do not already know.’ I want to focus attention as a form of respect for these organisms, not as resources, but as beings in their own right, withdrawn, dark noumena.

Serotiny: requiring the heat of a wildfire to open.

The blessing is in the seed. 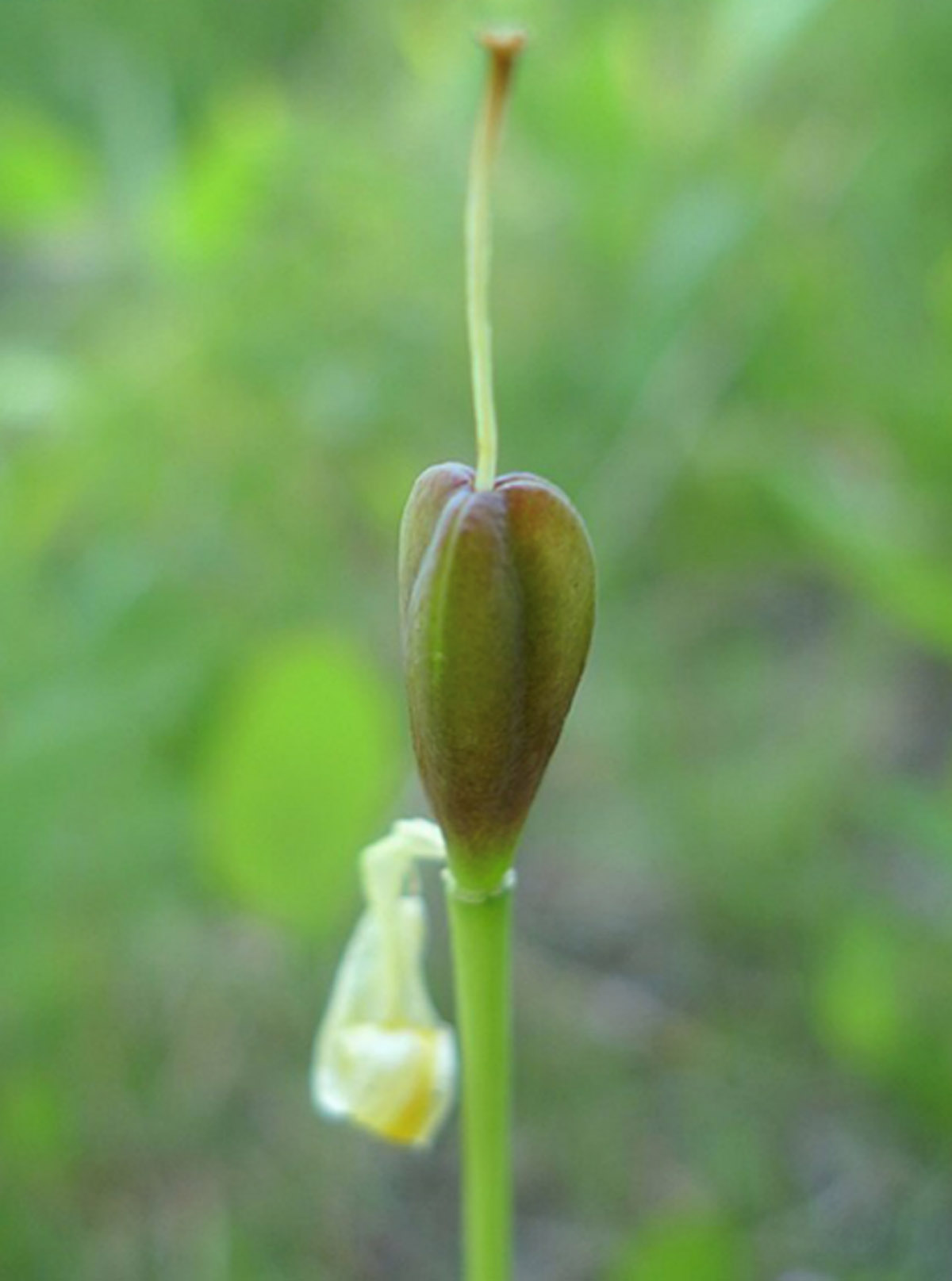 Grizzly bears cultivate yellow glacier lily meadows above the tree line. The bears dig up the nutritious bulbs for food. Soil in the grizzly digs has higher levels of ammonium and nitrate nitrogen than surrounding meadow soil and glacier lilies establish and grow better, as well as produce more seeds…

Even when philosophers turn their attention to understanding life processes, they largely ignore trees or relegate them to the periphery. In his Critique of the Power of Judgment (1790), Immanuel Kant regards trees as ‘self-organising’ but not as ‘alive’ – because they lack an essential characteristic of life: desire (which animals possess). In The Phenomenon of Life (1966), Hans Jonas argues that plants don’t possess a ‘world’ because they can’t be contrasted with their environments. Thus, while the animal-environment relation is one between a sensing, directed subject and a ‘world’, the plant-environment relation is between a nonsubject and nonobjects, or as Jonas puts it: ‘consists of adjacent matter and impinging forces’.

Strange as it might sound at first hearing, there doesn’t seem to be a candidate for being the intrinsic nature of matter other than consciousness…

Anthropogenic activity is now recognised as having profoundly and permanently altered the Earth system, suggesting we have entered a human-dominated geological epoch, the ‘Anthropocene’. To formally define the onset of the Anthropocene, a synchronous global signature within geological-forming materials is required. Here we report a series of precisely-dated tree-ring records from Campbell Island (Southern Ocean) that capture peak atmospheric radiocarbon (14C) resulting from Northern Hemisphere-dominated thermonuclear bomb tests during the 1950s and 1960s. The only alien tree on the island, a Sitka spruce (Picea sitchensis), allows us to seasonally-resolve Southern Hemisphere atmospheric 14C, demonstrating the ‘bomb peak’ in this remote and pristine location occurred in the last-quarter of 1965 (October–December), coincident with the broader changes associated with the post-World War II ‘Great Acceleration’ in industrial capacity and consumption. Our findings provide a precisely-resolved potential Global Stratotype Section and Point (GSSP) or ‘golden spike’, marking the onset of the Anthropocene Epoch.

Abstract, ‘Global Peak in Atmospheric Radiocarbon Provides a Potential Definition for the Onset of the Anthropocene Epoch in 1965,’ Nature, 19 February 2018 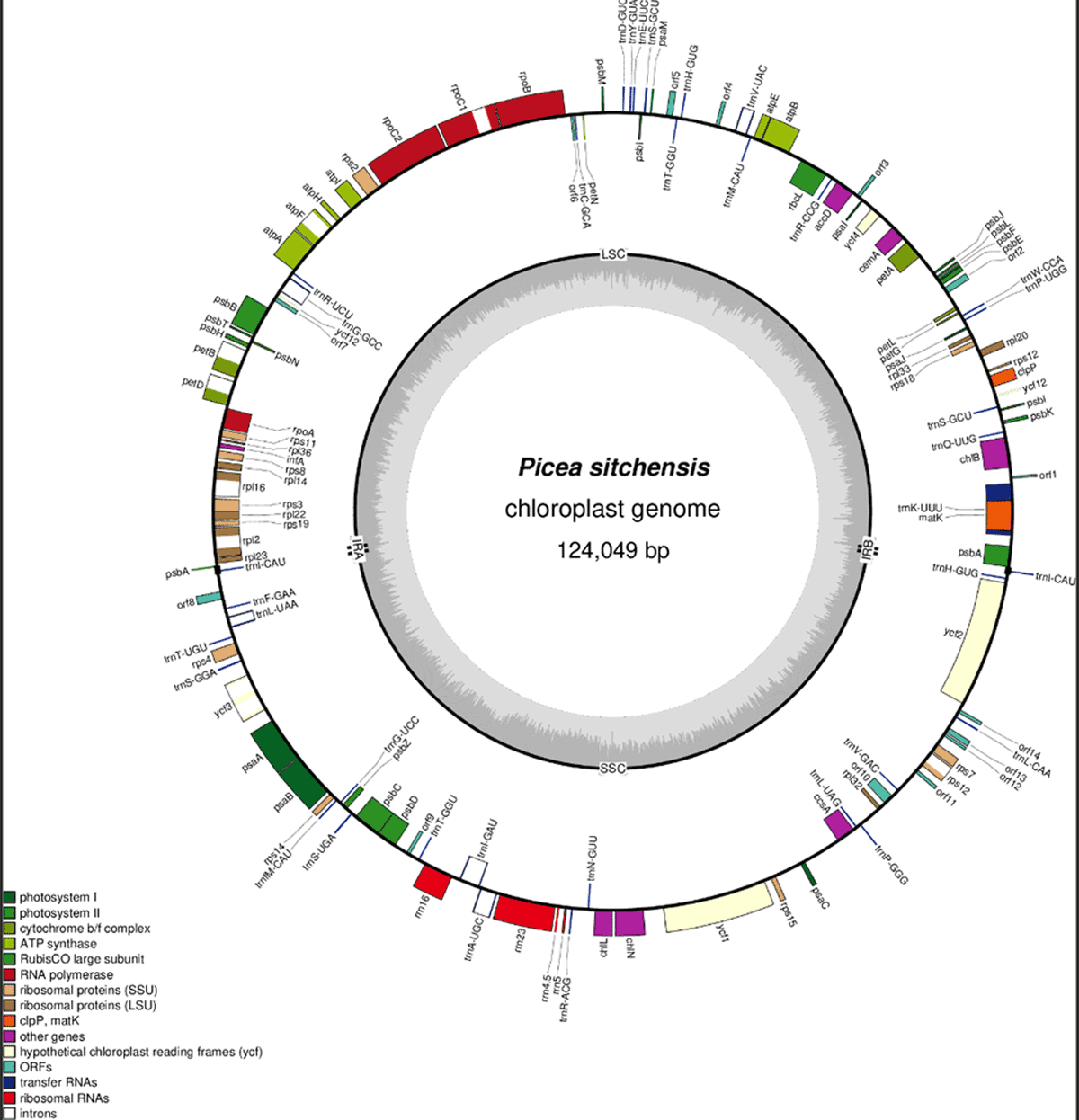 The bees and the wasps are making the world. The bees, the honey bees, the bumblebees, search out voids and hollows, underground, in straw, in hay, in pots, the dark hollows of trees, crevices in stone. The wasps, the hornets, the yellow jackets search out voids and hollows, underground, in trees, under eaves, in abandoned cars and shipping containers, garages and crawl spaces and sheds. The honeybees collect resin from tree buds and mix it with chewed wax and saliva to coat the nest with propolis which has antimicrobial properties. The hornets strip wood fibres in thin white lines from cedar planks and weathered porches, from oak twigs and the branches and bark of spruce and chestnut and apple and cherry. They chew the wood in their mouths and mix it with saliva and wax to build their papery cells. The queen did this first, to build a petiole, then a single cell, then six, joined to the narrow stalk. The bumblebees are gathering nectar from the wildflowers, the dandelions, salvia, Russian sage, lavender, chives, all the blue flowering ones. They mix the nectar with enzymes and as the water evaporates honey is formed and transformed into wax they chew up to make the cells. The wasps are intuitive architects. They are building complex papery nests, woven with strips of colour, the colours of the materials they chew, the red cedar, the mint green porch, threads of a faded pink deck chair. The bees possess a certain geometrical forethought. They are using their bodies as measuring tools to build their hexagonal cells. The oriental wasps are harvesting light with their bright yellow-banded abdomens. With the obscure pigment xanthopterin they generate chemical energy to dig in the heat of the day. The honey bees are gathering pollen and nectar. Trembling. The bumblebees are reading the colours and shapes and patterns of the flowers, the faint pulse of the floral electrical fields, to pollinate the flowers, to gather the pollen and nectar. The bees are making the honey, the royal jelly, the propolis, bee bread, bee brood, and venom. The bees and the wasps are making the world.

Kim Trainor is the granddaughter of an Irish banjo player and a Polish faller who worked in the logging camps around Port Alberni in the 1930s. Her second book, Ledi, a finalist for the 2019 Raymond Souster Award, describes the excavation of an Iron Age horsewoman’s grave in the steppes of Siberia. Her next book, Bluegrass, will appear with Icehouse Press (Gooselane Editions) in 2022. Her poetry has won the Gustafson Prize, the Malahat Review Long Poem Prize, and the Great Blue Heron Prize. In addition to working with the musician Hazel Fairbairn on a poetry film of Ledi, she is also working on an art song of her poem ‘Blackmud’, with the composer Yi Ning for Art Song 2020. She teaches in the English Department at Douglas College and lives in Vancouver, unceded homelands of the xʷməθkʷəy̓əm, Skwxwú7mesh, and Tsleil-Waututh Nations.